Football season fast approaches, and while the majority (I assume) of Americans are feeling the electric hum of anticipation, getting their favorite jerseys out, planning Sunday football viewing parties, gearing up for tailgating, and stocking up on plenty of beer and snacks in preparation for the next few months of football obsession, I feel the way I normally do about football: indifferent with a side of disapproval.

I definitely have attempted to learn the rules of the game and have watched my share of Saints games during my three years in New Orleans (the only time I was somewhat interested in the game, more for social purposes than for sporting purposes). The most fun part of football season for me was the camaraderie and sensation of a united city behind one team. Walking out onto the streets on a game day with literally every person dressed in black and gold was something I had never experienced before. Being from Philly, I knew the Eagles fans are pretty die-hard as well, but I never experienced the pride and more importantly hope that bound New Orleanians together for their Saints. I also appreciated that the darling of the team, quarterback Drew Brees, seemed to actually be an upstanding guy (from what the media tells us anyway). Forever etched in everyone’s mind will be the shot of him holding up his baby boy amidst swirling confetti after winning the 2010 Super Bowl. However, overall I could never shake the disapproval of sports players who are essentially worshipped and allowed to slip past social and legal norms for the sake of continuing to play — and continuing to bring in the big bucks. 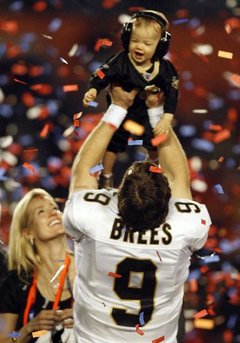 I never considered athletes to be worthy of as much money as they make. Don’t get me wrong; athletes inspire and amaze me and countless other people around the world. They should be role models, but I feel that too often the allure of fame and money turns them into ego monsters with a major God complex. They are heroes on the field, but their personal actions, though possibly spotlighted for half a minute on television if they cross some boundary that a normal civilian would be thrown in jail for, are brushed aside. And what is most sickening about all of it is not that these players are truly valued as human beings, or as heroes for their fans, but they are valued for the profits they can create. After all, the sports industry is just that — an industry with one bottom line. 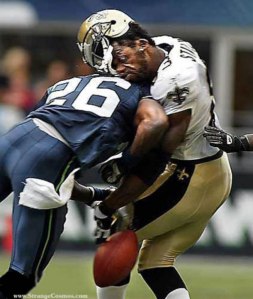 It always bothered me, but any discussion about this among my football-loving friends (aka every single person I know) never led to much more than a “Yea…” Regard for morality seems to disappear during football season. It’s fine if one’s favorite player was accused of rape or held illegal dog fights or drove under the influence again. We need to be entertained, and the players are here for our amusement/fantasy football teams/expectations. 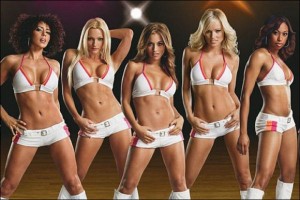 I am lucky that my husband also does not like football, but that was a given since he is British and football means nothing outside of America. I used to wish I did enjoy football more, especially after moving to the south where college football is especially important. I craved the spirit of sportsmanship and team pride that seemingly everyone around me had. However, a recent story on NPR changed my view. It included Steve Almond, author of Against Football: One Fan’s Reluctant Manifesto as well as a former NFL player and a sports writer. It shed much-needed light on the obvious facts that even I seemed to ignore: that football is extremely violent. That football puts players at risk of serious brain injury that affects their cognition for life. That football cares not about the fans or the footballers even, only about the pockets of the NFL’s owners. That football feeds a disturbing need for aggression. That football dehumanizes women (via domestic violence against their wives and girlfriends and the sexual flaunting of cheerleaders which the NPR story aptly labeled as an “ornamental” sport). That football can actually be unhealthy, both physically and mentally, so much so that 4,500 former players filed a lawsuit against the NFL. For the first time, I felt justified in my feelings about and against football. If a former player, a sports writer, and a football fan could come together and openly discuss the major issues at hand with the game, perhaps it can start a dialogue with the rest of the country about what this sport really means and what it is doing to us as a whole.