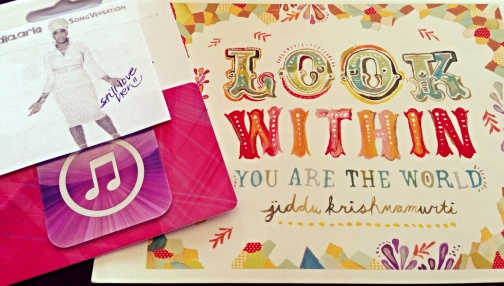 In the age of electronic communication sent within milliseconds, keeping in touch with friends and family is always accessible. Our devices have become extensions of our beings, as vital as our own pulse. This has vast benefits, from the simple joy of sharing thoughts and photos to the amazing impact on politics, the fate of entire nations and entire ethnic groups (the role of social media in political upheavals is utterly fascinating). In such an age, sending and receiving handwritten letters and cards offers a renewed meaning. I still love receiving a real card or letter in the post. It shows that someone took a bit of extra time and effort, went out of their way to make or purchase the paper or card, and even had to find a mailbox to drop it in! Sometimes, the card itself brings back many fond memories of friendship and time spent together.

Yesterday I received such a reminder from a loved friend from medical school. The quotation on the front of the card spoke volumes to me, especially given who it was from! This friend has done amazing work in Swaziland, working with children and adults suffering with HIV and poverty. She is beginning her last year of residency as she continues to prevail through her own difficulties. After returning from Africa and starting med school, she was diagnosed with systemic lupus erythematosus (SLE), an autoimmune disorder. It forced her to take time off from medical school. To most people who went to or are currently in medical school, this would be undesirable, unfathomable even. It may even seem like everything one had worked for was for naught, and some might want to give up. But not this girl — she continued to work with the inner-city Philadelphia population and even completed some research projects during her “time off.” She returned to her clinical rotations for the last two (long, arduous) years of school. Despite falling ill too often, she graduated and went on to start residency. Her sheer brilliance and dedication helped her get to this point.

We became great friends during med school. Her stories and misadventures always left me laughing, and they still do! I still remember her simple yet delicious chicken, onion, bell pepper, and peanut butter concoction over rice, a recipe adapted from her meals in Africa. I will always remember our two trips to New Haven, CT for the annual Global Health & Innovation Conference at Yale, and how we discovered that tiny, amazing bookstore called Atticus (named, of course, for the protagonist in To Kill a Mockingbird). We stumbled upon the bookstore, and as we both are avid readers (read: nerds), we spent hours perusing the shelves filled with books handpicked by the owner. They included famous classics as well as many recent bestsellers and acclaimed works. Almost every book spine I passed was one I wanted to read. She is far more well-read than I, partly thanks to her year away from the time-draining demands of medical school. There were so many new titles to add to my already growing list of books to read. We perused the handmade cards, enjoyed some perfect coffee shop lunch, and read. These were simple yet wonderful moments between friends. 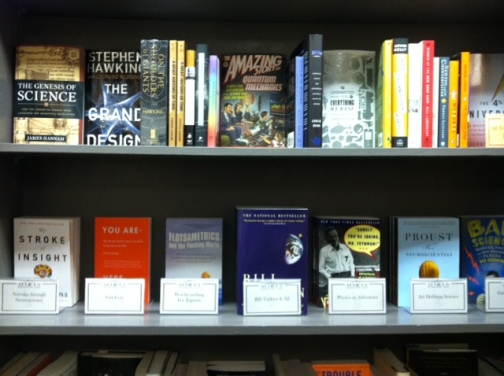 The card I received yesterday from her yesterday had a quotation on the front which spoke volumes, given this friend’s prior and future work, and her hopes for this world. I also appreciated how she chose an Indian author’s quotation! She included an iTunes gift card with a photo of India Arie’s new album cover. This brought me back, yet again, to our listening to her album on various drives and discovering that we both loved her cover of Sade’s song “Pearls.” Sade is one of my favorite artists, and this song is such a soul-touching, powerful expression of the plight of women living in poverty. Along these lines, Arie also wrote “Ghetto,” which opens our eyes to our surroundings. It reminds us that we are not that different from the rest of the world.

Friendships come and go. Not all last forever. They all change in some way or another, and they all teach us many lessons about relationships and values. Sometimes we do not see or speak to a friend for months, maybe years, but the moment we reunite with them, it seems as if no miles and no hours have passed at all. Sometimes a simple card and pure, lovely words remind us of many happy memories together. I am thankful for moments like these, and for people like this friend, who show me that there are amazing people in the world who wish to change it for the better. Thank you.

For a great source of cards and stationary, check out one of my favorite stores: paper-source.