Overall, our time in Thailand was exceptionally relaxing and enjoyable. I am sad to say we did have one quite unpleasant experience, and it is something I feel the need to write about so that others can hopefully be better informed than I was.

On our last full day, we were scheduled to go on an elephant trek through a company recommended by the resort. Perhaps I am in the minority of people who are unaware of the mistreatment of elephants, or perhaps I should have done some research first before signing up for the excursion. I was just extremely excited because elephants are my absolute favorite animal, and the idea of being able to ride an elephant for a 30-minute trek through the countryside sounded amazing.

On the way to the trek site, we were taken aback. As soon as the van turned off of the main road onto a very narrow road, it was clear that the living conditions of the people on that road were extremely poor. This is not surprising given the economic status of the country, just as it has never been surprising (only sad) to witness poverty when I have visited India. The trek site itself was even more surprising in that it seemed to be a makeshift camp in the middle of the slum. We paid for the trek and climbed up to the wooden balcony area from which to step onto the elephant’s back. As we waited for the elephant to arrive, we slowly came to the realization that our surroundings were making us very uncomfortable. There were two small monkeys chained by their necks to the wooden posts, seemingly for the entertainment of the tourists. They could not move more than a foot or so in any direction because of the short shackles. From the balcony, we had an unobstructed view of the “camp” which was essentially a square of dirt caked in elephant feces. One young elephant stood shackled to the ground by its hind leg. As we watched the creature, it became very apparent how uncomfortable it was. It kept tugging at the shackle with its leg and wrapping its trunk around the chain to try to remove it. It also opened its mouth multiple times as if to protest, but no sounds escaped. This seemed odd to me as elephants tend to be vocal if they are uncomfortable or unhappy. It seemed like it was trying to be vocal but could not. After several minutes of watching the poor creature try to free itself, I could not help but think that it probably spends most of the day trying to do this. It was so heartbreaking that my husband and I decided to leave without going on the trek, for our gut instinct was that something was not right.

Upon further research, I was saddened to learn of the vast mistreatment of elephants for the sake of elephant tourism. I read about the “crush,” the week-long process by which baby elephants are taken from their mothers and brutally mistreated in order to literally crush their spirit and make them follow a human’s command. The elephants are made to hold human weight on their spines which are not used to carrying such loads, forced to walk long distances for many hours even as young babies, and suffer violent treatment. They are also underfed and kept in filthy conditions. There are many YouTube videos of how these elephants are trained, but I could not bring myself to watch one.

It saddened me that we had already paid upfront, for that money would go to allowing the camp to continue to exit. Of course we were not granted a refund even though we did not proceed with the trek. All we could do was write a letter to the resort’s manager and express our concerns. Thankfully, he responded and was shocked to learn of our experience. He had visited the camp when they first contracted with the company and stated that the camp was deemed reputable, even assisting with tsunami relief efforts. I don’t know if it has changed or if our immediate impression was incorrect, but again our gut instinct was one in the same. The manager promised to look into the camp again and assess the conditions and treatment of the elephants.

Regardless, the elephant tourism industry is something I urge everyone to educate themselves about if they are considering going on an elephant ride. Rather than these treks, I would recommend visiting a reputable elephant sanctuary where one can help feed, bathe, pet, and hug elephants. Here they are treated very well, and often the elephants are rescued from the tourism industry to be rehabilitated. This experience may also be more rewarding for the tourist, as it allows one to interact on a more meaningful and ethical level than elephant trekking.

Here is a very good article on why elephant riding should be removed from your bucket list. 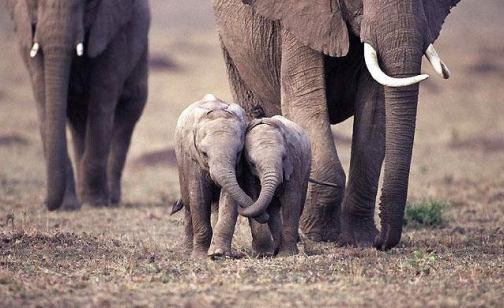 To read more about our trip to Thailand, click here.