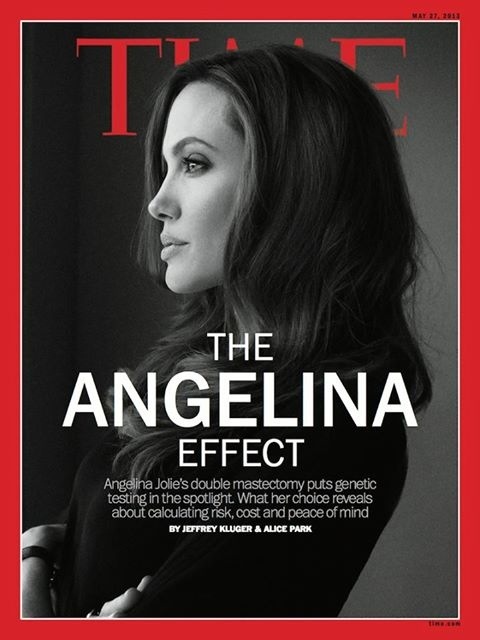 In recent weeks, much attention has been given to a topic that previously had not crossed the minds or conversations of most of the general public: prophylactic mastectomy. It was not until a figure known world-wide chose this course of action for herself that the preventative measure became common knowledge. All of a sudden, everyone formulated split-second opinions about Angelina Jolie’s very personal, very difficult decision to have her breasts removed in order to decrease her own risk of developing breast cancer.

Undoubtedly, many people were shocked that such a seemingly “barbaric” option even exists (although we don’t hear this much backlash against purely cosmetic breast surgeries). And as with anything else presented in the media, there are those who will seek to understand the facts, and there are those who take their shotgun approach to opinions and judgments and run with it. We have experienced this over and over with the vaccine debate which was initially based on a faulty study that linked childhood vaccinations to Autism. That study was retracted three years ago from The Lancet, the well-respected medical journal that originally published the findings, after the study was found to have false elements and procedures. Sadly, while the medical community understands this to mean the study is not reliable and further strengthens confidence in subsequent studies showing no link between vaccines and Autism, the damage had already been done. Once people view something to be harmful, no amount of concrete evidence can sway them. This has already caused significant consequences for the health of children, consequences that likely will not be reversed. Perhaps once all of the Autism research dollars can be focused on the true causes of Autism instead of against life-saving vaccines, we can actually help children suffering from Autism spectrum disorders.

Likewise, Jolie’s decision has sparked a great myriad of responses ranging from empathy and support to abhorrence and criticism. This informative and thoughtful article in Time Magazine explains perfectly how the decision to even be tested for the BRCA gene mutations (associated with breast and ovarian cancer) is only indicated in very specific situations and is not recommended for everyone. Jolie lost her mother to ovarian cancer, and she tested positive for the mutation. As the article points out, the genetic mutation increases her own risk of ovarian cancer by 50% and of breast cancer by over 80%. There are other options such as prophylactic Tamoxifen (a form of chemotherapy used in some breast cancer treatment regimens), but the risks and benefits of every option need to be weighed. I feel Jolie discussed the options with her doctors and chose the best course of action for herself. It is her life, her body, and her right to participate in her own health care. It is not up to us to judge her or other women who may choose this course of action because the details and situations are so nuanced. Rather, we need to recognize and respect the fact that we cannot control some diseases with any amount of foresight or lifestyle modification. What we can do is educate ourselves with knowledge from sound, trustworthy sources.

No woman would consider mastectomy to be an easy or desirable treatment, whether it is for a diagnosed breast cancer or for prevention. An actress and public figure whose physical appearance is a large component of her career surely finds the decision to be no easier. We need to remain mindful of the difficult decisions that women face in regards to their health rather than jumping to conclusions before knowing all the details. I applaud Jolie for her bravery not only in making this individual choice for herself, but also for being so forthcoming about it to the public. It is an opportunity for the world to learn more about the common diseases that ail us. It is an opportunity to save a life.