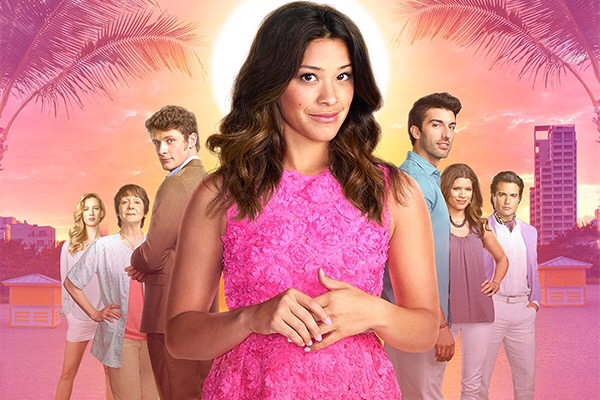 When I started maternity leave, I began watching “Jane the Virgin” while waiting for my baby to make her debut. Since the first season was on Netflix, it was a glorious first week of eating home cooking, relaxing on the sofa, and wondering if every little twinge or pain might be a contraction (it wasn’t!) I figured I would give the show a shot since it had many good reviews, and I was immediately hooked. For one, it feels a bit like “Ugly Betty” which I was a huge fan of, as I’ve written before. Essentially it is a telenovela which is surprising since I never liked American or Malayalee soap operas. There’s just something about these two shows featuring Hispanic-American families that drew me in. I also love the comedic aspects of these which are not typical in your average drama-soaked soap operas. As I continued watching, I slowly came to realize that much of what spoke to me about “Jane the Virgin” were the references to pregnancy and motherhood, something so timely given that I was about to welcome my own first child. As I faced each new challenge of motherhood, I was at times comforted by the knowledge that I wasn’t the only woman who had gone through these experiences. Jane herself touches on so many of the worries and neuroses of new moms, and I now notice the milestones that Mateo reaches in every episode.

Just like “Ugly Betty,” I love “Jane the Virgin” for its quirkiness (gotta love the Latin Lover narrator!), humor, juxtaposition of Jane’s tight-knit family against Rafael’s epically dysfunctional family, multiple plot lines, and characters that you both love, hate, and love to hate. Not to mention the colorful backdrop of Miami! I look forward to following season 2 and hope they continue this show for longer than a few seasons! If nothing else, you would probably enjoy Rogelio’s extreme self confidence and Rafael’s, well everything about Rafael!

Speaking of telenovelas, have you gotten into “Telenovela” with Eva Longoria? I haven’t yet, but it may be next!