“God has no religion.”
Mahatma Gandhi

Approximately one week into my elective in Palliative Care, I am learning to bite my tongue when it comes to discussions on religion and faith. My own religious persuasion has evolved and devolved over time, and I cannot pinpoint any specific game-changing factors in the process. What I do know is that I became less tolerant of intolerance, and I found intolerance to be as omnipresent as God is supposed to be.

After 16 years of Catholic schooling, only a few of which were spent learning to critically study religion, I found religion to be more of an object of study rather than a spiritual experience. Perhaps changing world-views contributed to this, for I remember a time early in college when I saw good in everyone and everything. With the realization that this (likely) was not adherent to reality, I suppose religion became less adherent to my reality. The illogical and downright irreverent ways in which religion has driven people to mistreat others added to my mistrust of it. It is true for the world’s three main monotheistic religions, and also for the religion I was born into, Hinduism. What strikes me most is the injustice faced by women because of religion, which essentially are the rules of man. Even the Dalai Lama has written in his book Beyond Religion that religion may not be the answer anymore, at least in the way of guiding ethics. We need to adopt a new, all-inclusive view of the human race if we want to aim for peaceful coexistence. 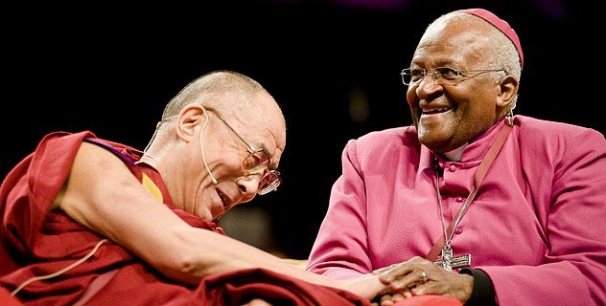 I have a minor in Theology from a Jesuit university. This is not saying much, for by no means does this make me an expert on religious studies. However, in analyzing, discussing, and writing about religion, faith, spirituality, fundamentalism, and the consequences of these, I myself became less spiritual. I certainly was not spiritually involved in Hinduism, for what little I know of it was self-taught from reading the Bhagavad Gita and researching the intimidatingly vast history of Hinduism. Even the Gita evoked different emotions in me; the first reading was enlightening, the second reading was disgruntling. I found myself enjoying parodies and comedic skits poking fun at the idiosyncrasies of religious fanatics. I loathe the way in which politics and laws in America are so exclusively dependent on a single religion’s teachings to define ethics for the most ethnically and religiously diverse community in the world. Doesn’t that seem un-American? Didn’t the pilgrims leave England in search of religious freedom, only to impose fundamentalist (and often erroneous) interpretations of Christianity on itself and the world centuries later?

In the process of catapulting to the intellectual side of religious studies, I’m afraid I lost a bit of empathy and compassion. I have been quick to expose religion when it does wrong, but have not stopped to appreciate religion when it does right. In seeing patients in the last months, weeks, days, hours, and minutes of their lives, either surrounded by loving family members or completely alone in their deaths, I have realized that faith truly is a powerful and meaningful experience for many people. It helps loved ones cope. It helps the dying be at peace. It helps the medical and social staff involved in the case understand the patient’s values and desires. It brings families closer together. It shows people that in their own suffering and sacrifice, they can be aligned with the suffering of others in this world. It provides discipline. It directs decisions. It can promote healing, compassion, love, and forgiveness. It shows its goodness through a new Pope that took me very much by surprise. It is not useless.

I still have my views and hesitancies about religion, but I am more aware of its importance (and it is a deep-rooted importance) to those around me. Religion and faith are intertwined, yet also separate. Though I have lost touch with any sort of personal, meaningful connection with faith and religion, the workings of each are more apparent to me now. I hope to cultivate a consistent and respectful awareness of their benefits to others, and perhaps even to myself. 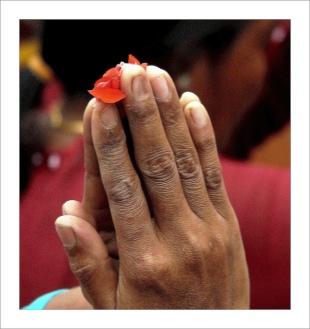